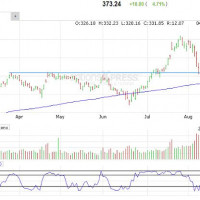 Overbought-Oversold Markets: How to Recognize and Profit From Them

A Lee Finberg “White Paper” With a quill pen and some parchment paper, Isaac Newton, in a single summer, created calculus AND unraveled much of the mystery of the physical laws that drive the universe. Several hundred years later, Albert Einstein – who allowed as how he did it standing on Newton’s shoulders – figured […]